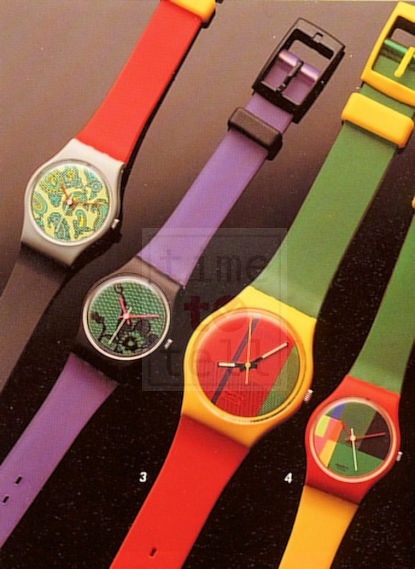 The idea of a merger between the SSIH and ASUAG had been in the air since 1980 when the Swiss Federal Council had encouraged a partnership agreement between the two companies. Moreover, in 1981, SSIH sold their quartz division to ETA. Nicolas Hayek’s strategy was based on a marketing structure that can be compared to a pyramid. At the base there are the cheap watches manufactured in large numbers. To ensure a essential presence at this level there was ETA, therefore ASUAG. So it was ETA and its boss Ernst Thomke who took charge of the full implementation of Swatch with the success we well know. At the top of the pyramid there are the expensive watches which must match up to a seriously famous brand name, in this case Omega, and therefore SSIH. 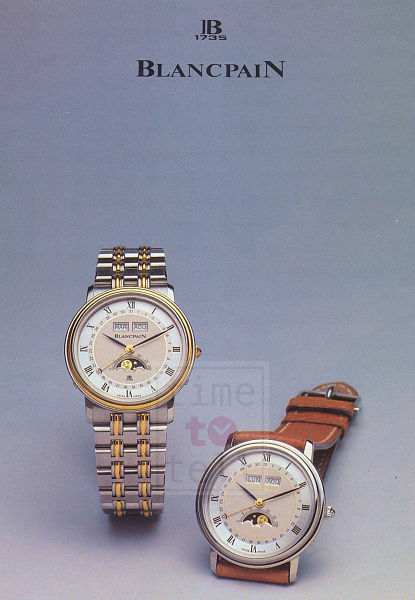 The merger took place between 1983 and 1984. The new group was called SSIH-ASUAG, and now employs more than 12,000 people and makes more than 1.5 billion Swiss francs in sales. It includes a ‘finished product' division with Omega, Longines, Eterna, Rado, Hamilton, Certina, Tissot and Mido. The movements and components division is represented by ETA which now includes all Ebauches SA companies and is in charge of the manufacture of Swatch and Endura watches. Two other industrial divisions complete the organization.

In 1984 things began to improve. SSIH-ASUAG made a small profit of 26.5 million Swiss francs as compared with a loss of 173 million Swiss francs  a year earlier. However this was not the case with Omega, intended to be the pinnacle of the pyramid, which continued to lose money. Eterna, ARSA, Atlantic were sold off. 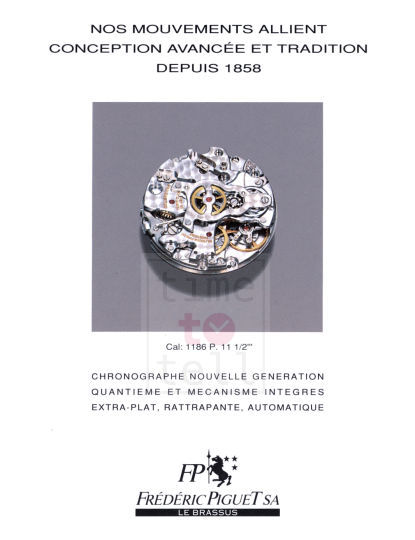 Then along comes another dramatic turn of events. In 1985, Nicolas Hayek, at the head of a group of investors, bought a 51% stake in SSIH-ASUAG and transformed it into SMH, the Société  Suisse de Micro-électronique et d’Horlogerie SA, and Nicolas Hayek became its chairman.

What followed is the extraordinary success story that everyone knows. Turnover and profits have increased steadily; in 1992 Blancpain was resurrected, as well as the Frédéric Piguet movement blank factory. In 1997 Calvin Klein Watches was created and SMH became the Swatch Group.

And the Swatch Group grows.

And the vast majority of movement blanks bear the ETA mark.

This is probably going to end up annoying  a few people. 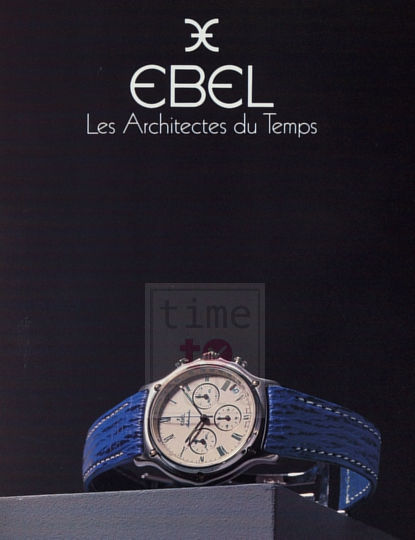 The team at the International Museum of Watchmaking at La-Chaux-de-Fonds, in particular Mr Ludwig Oeschlin, Mr Piguet and Ms Cecile Aguillaume. The joy of having access to the museum's fabulous archive is only equalled by the warmth of the welcome I received during my numerous visits.

For the period 1920 – 1960 I have depended on the Revue Internationale d'Horlogerie and the Journal Suisse d'Horlogerie. Three other works have also guided me. There are:

For the period 1960 – 1998 I have also mined the Journal Suisse d'Horlogerie for information and also two more recent works:

And the remarkable Omega Saga by Marco Richon, edited by Omega in 1998.