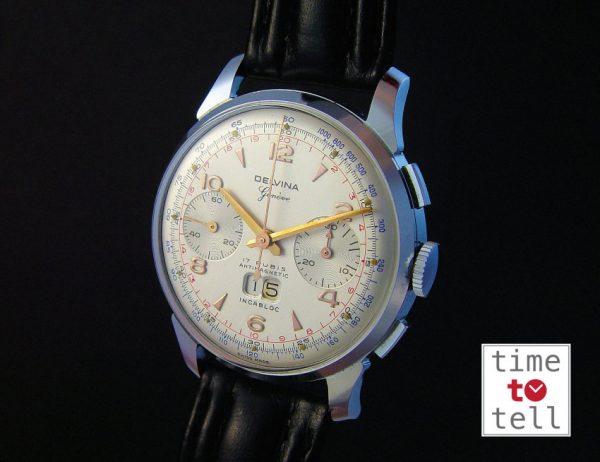 The first watches with date windows began to be mass-produced in the 1930s, particularly at Mimo, with its Mimo-Meter model dating from 1930, and at Helvétia, a brand of the General Watch Co. in Biel, which in 1932 offered an attractive rectangular model with a large big date in 2 windows.

As for chronographs, it was not until the early 1940s that the date appeared on mass-produced watches, particularly at Patek, Philippe, Angelus and Universal. But it was a question of date by hand and not by window. The first aperture date appeared on a chronograph in 1948 with the Chrono-Datoluxe model from Angelus. The demand from companies that did not manufacture their own movements must have been strong at Ebauches SA for modern calibers with a clearly visible date. And so, around 1953, the manufacturer of Venus ébauches proposed a series of calibers with big date, including a chronograph caliber.

For simple watches these are the calibers 216 (small second) and 221 (central second). For the chronographs, it is the caliber 211 that we will examine in detail. 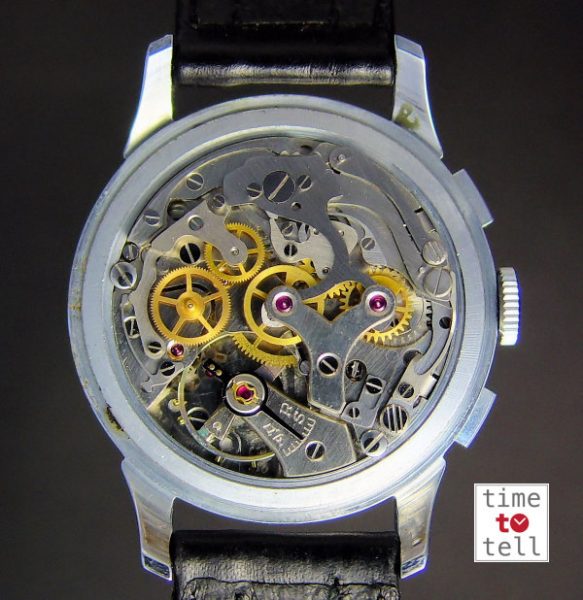 The Venus 211 caliber is based on the 12.5-line (28 mm) 210 caliber also launched in 1953. The 210 is an economic caliber, without column wheel, which differs from the other Venus and Landeron calibers by its small size. Its construction is very close to that of the Venus 188 of 1949. The 211 has an additional calendar mechanism, which increases the thickness of the movement from 6 to 7.3 mm. There are two discs side by side, bearing the numbers for the date indication. A push-piece, located around 8 o’clock, allows the date to be set at the first use, and systematically at the end of the month. Indeed, at the end of the month the date does not go from 31 to 1, but to 32, and this up to 39. It is thus by successive pressure on the pushbutton that the monthly cycle can be resumed at its beginning.

The 211 caliber has not been very successful and few brands have used it. This can be explained in part by its lack of date passage, but above all by the disaffection of the chronograph in the 1950s due to competition from beautiful automatic watches, water-resistant watches and alarm watches. It disappeared from the Ebauches SA catalogs in the 1960s.

Chronographs with the 211 caliber are rare. As economic calibers, they were most often mounted in gold plated cases, therefore fragile. However, there are rare models in gold. The other weak point of these chronographs is represented by the date discs: they are rarely in good condition, and when inspecting one of these watches it is imperative to make sure that the impressions have not faded over time. It is an illusion to hope to find replacement discs. It should also be noted that in the early 2000s, a stock of movements was reassembled in modern cases. So these are not old watches. But if the chronograph is old and in good condition, then what a pleasure it is for the collector to be able to wear one of the first big date in history! 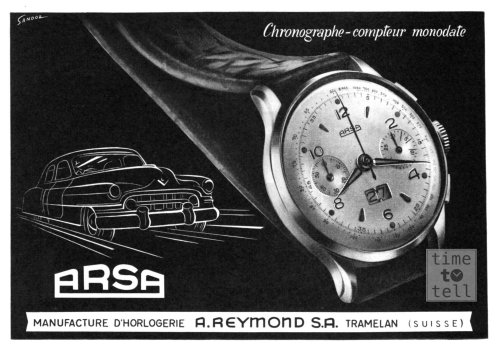